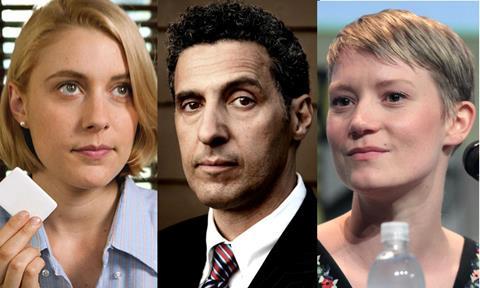 The picture revolves around an American filmmaking couple who retreat to the island for the summer to each write screenplays for their upcoming films in an act of pilgrimage to the place that inspired Bergman.

As the summer and their screenplays advance, the lines between reality and fiction start to blur against the backdrop of the Island’s wild landscape.

Hansen-Love’s long-time producer Charles Gillibert, who previously collaborated with the director on Things To Come and Eden, is launching financing on the project at Cannes under his CG Cinema banner. A sales agent has yet to be set.

The production, which was developed with the support of Sweden’s Filmregion Stockholm-Mälardalen through its Gotlands Filmfond, will shoot in the summer of 2018, coinciding with the centenary of Bergman’s birth on July 14, 2018.  A sales agent is yet to be attached.

Before that, Hansen-Love will shoot her next film Maya, starring Romain Kolinka as a reporter who heads to India after being held hostage in Syria.

The company is also in the throes of casting Olivier Assayas’s next French-language feature, which will shoot by the end of 2017. It has recently boarded Philippe Garrel’s next film, provisionally titled Première Chasse, following a boy’s first amorous adventures, which will go into production in 2018.

In Cannes, CG was a producer on late Iranian director Abbas Kairostami’s final experimental work 24 Frames which premieres as a Special Screening in the Official Selection. It is also handling sales and promotion of the title which Gillibert says is aimed at museum and cinematheque-style screenings.