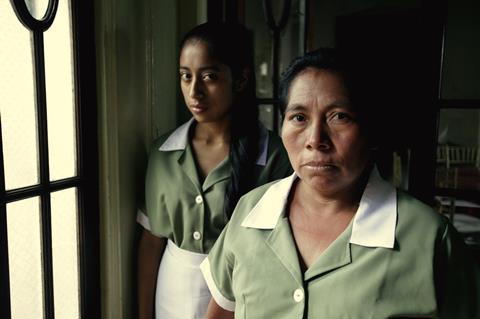 The winner of best film in 2019 Venice Film Festival’s Giornate degli Autori is the third feature from Bustamente, whose 2015 debut Ixcanul was Guatemala’s Osca submission.

La Llorona is a retelling of a Latin America legend set in present day, as a retired general’s home is besieged by protestors ahead of a trial for his role in the massacre of Mayans decades earlier.

As a supernatural force appears to be targeting the war criminal’s household most of the family’s staff flees, leaving only the loyal housekeeper. Then a mysterious young indigenous maid arrives.

Shudder released La Llorona on August 6. Festival appearances include Toronto and BFI London Film Festival in 2019, and Sundance at the start of this year.