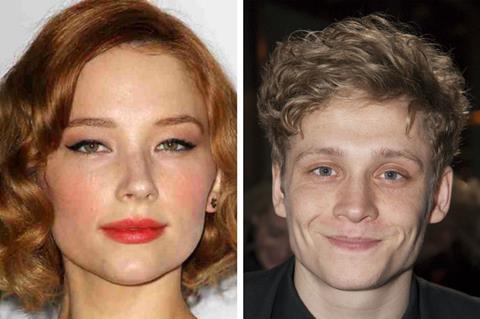 Jesse Eisenberg is playing legendary mime artist Marcel Marceau in the film, which details his involvement in the French Resistance during the Second World War.

Bennett will play a resistance fighter who plays a vital role in inspiring Marceau to join her to rescue thousands of children, while Schweighöfer will play a notorious SS commander who is personally assigned by Adolf Hitler to dismantle the Resistance.

Rocket Science is co-financing and producing the project and is selling it at this week’s European Film Market (EFM). CAA handles domestic rights.

Warner Bros will release the film in Germany. Principal photography is scheduled for autumn 2018.

Alongside her roles in The Magnificent Seven and The Girl On The Train, Bennett recently wrapped The Red Sea Diving Resort alongside Chris Evans. Schweighöfer has starred in German hits The Manny and Joys Of Fatherhood, and recently wrapped Thomas Vinterberg’s Kursk alongside Colin Firth and Matthias Schoenaerts.