Heretic talks up ‘Inside’, Berlin titles and ‘Daughters’ (exclusive) 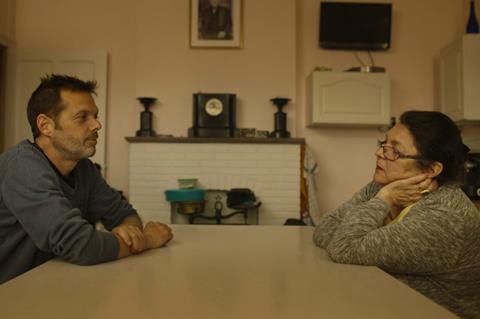 Prolific Greek outfit Heretic has arrived in Berlin with multiple new projects which it is either producing, coproducing or selling.

Greek director Vassilis Katsoupis’ first English language project Inside, scripted by British screenwriter Ben Hopkins and which Heretic is producing, has just received German funding from The Film and Media Foundation, NRW. The film will shoot in Cologne and Berlin. Backers thus far include GFC, NRW and MMC studio. Coproducers are Schiwago Films and Borde Carde. A sales agent is yet to be announced.

Here at the EFM, sales arm Heretic Outreach is launching sales on Berlinale Forum title, Petit Samedi, written and directed by Paloma Sermon-Daï. This is a hard-hitting Belgian documentary about a mother and her adult son, who is a heroin addict. The film is produced by Michigan Films, Wallonie Image Production (WIP),and Take Five with the support of Centre du Cinéma et de l’Audiovisuel de la Fédération Wallonie-Bruxelles, Dérives asbl, RTBF, and Screen.Brussels.

Meanwhile, A House In Jerusalem, written, directed and produced by Muayad Alayan, director of The Reports on Sarah and Salem, is being executive produced by Heretic who will also handle world sales through Heretic Outreach.

The film has now received funding from the Hamburg Film Fund. Co-producers include Red Balloon (Germany) Key Films (Netherlands) NFF, Metafora and Afac. It is being made through PalCine Productions. Producers are Rami Musa Alayan and Muayad Alayan. Shooting is set for this summer

Another new Heretic project, Daughters, is produced by Berlinale Jury Member Bettina Brokemper (Lars von Trier’s Antichrist, The House That Jack Built, etc). This is being put together as a co-production between Germany (Heinat), Italy (Similar) and Greece (with Heretic as the Greek coproducer).

At the EFM, Heretic Outreach is handling Kala Azar, the first dramatic feature from visual artist Janis Rafa and which premiered to acclaim at IFFR last month. Screen described it as “something rather special…foetid and atmospheric, a feral scavenger of a film.”

The company is also selling Siamak Etemadi’s Panorama title, Pari, about an Iranian student in Greece who goes missing. The student’s parents, devout Muslims, desperately look for him, trying to cope in a world that is entirely foreign to them. Heretic is producer. The coproducers are Le Bureau, Topkapi, The Chouchkov Brothers, Bord Cadre Films and Biokon.