Hirokazu Kore-eda to shoot Kyoto-set ‘The Makanai: Cooking for the Maiko House’ for Netflix 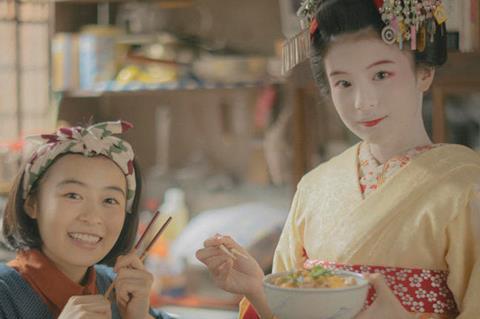 ‘The Makanai: Cooking for the Maiko House’

Japanese director Hirokazu Kore-eda’s first Netflix series is to be an adaptation of a comic by Aiko Koyama, titled The Makanai: Cooking for the Maiko House.

Kore-eda, who won the Palme d’Or for Shoplifters in 2018, will serve as showrunner, director, and writer for the eight-episode drama.

The series is a joint production between Netflix, Tokyo-based Story and Kore-eda’s compnay Bun-Buku, and will be streamed globally on Netflix in 2022.

It takes place amid the geisha district in Kyoto, and follows a woman,  played by Nana Mori, who becomes a Makanai (person who cooks meals) at a house where apprentice geishas live together.

Genki Kawamura, whose credits include Mirai and Confessions, will be producing alongside Kore-eda, with up-and-coming directors such as Megumi Tsuno, Hiroshi Okuyama and Takuma Sato directing individual episodes.

Kore-eda also has a feature film in the works at Netflix, as previously announced.