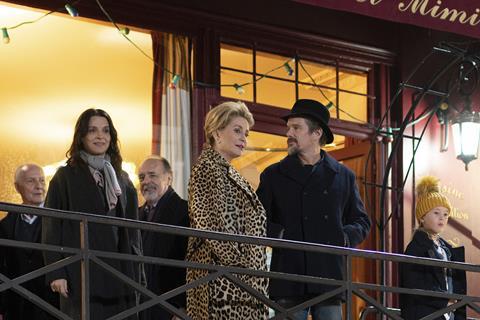 The film, which will play in competition, stars Catherine Deneuve, Juliette Binoche and Ethan Hawke.

The Truth will have its world premiere screening on Wednesday, August 28, in the Sala Grande of the Palazzo del Cinema at the Venice Lido.

Deneuve stars as Fabienne, a French cinema star. When she publishes her memoirs, her daughter (Binoche) returns from New York with her husband, played by Ethan Hawke, for the launch. The reunion soon turns confrontational as the true story of their lives emerges.

The film is produced by France’s 3B Productions and Kore-eda’s Bunbuku and French production company MI Movies.

Wild Bunch are handling international sales on the title, which has nearly sold out on key territories on the back of the success of Kore-eda’s 2018 Palme d’Or winner Shoplifters.