Icon acquires Tom Hanks's A Hologram for the King for UK 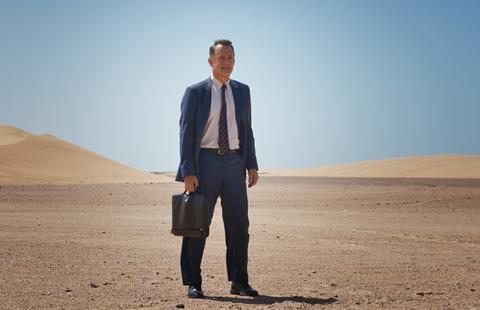 A Hologram for the King, a comedic drama starring Tom Hanks and directed by Tom Tykwer, has been acquired by Icon Film Distribution for the UK.

Tykwer, the German filmmaker behind Run Lola Run and Cloud Atlas, also adapted the script from the eponymous novel by Dave Eggers.

Hanks plays Alan Clay, an American salesmen who finds himself in Saudi Arabia making a desperate bid to save his ailing career after the construction of a huge new complex in the middle of the desert.

The film is currently in post-production, following shooting in Morocco, Germany, Egypt and Saudi Arabia.

The film is produced by Uwe Schott and Stefan Arndt of X Filme Creative Pool, Arcadiy Golubovich and Timothy D. O’Hair of Primeridian, and Gary Goetzman of Playtone.

The film reunites Hanks and Tykwer with Schott and Arndt who previously worked together on the ambitious Cloud Atlas, co-directed by the Wachowskis.

The film is being sold internationally by Lotus, while CAA is representing domestic rights.