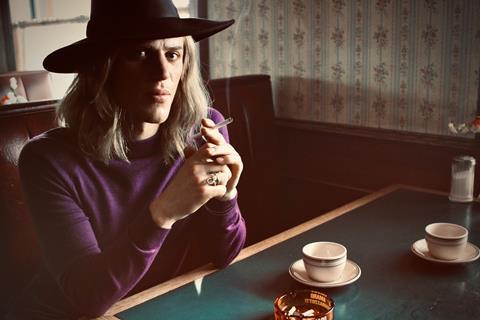 IFC Films has picked up US rights from Film Constellation to the David Bowie drama Stardust with Johnny Flynn in the lead as the British music icon.

Flynn stars as a 24-year-old Bowie who is embarking on a tour of the US that will unleash his alter ego Ziggy Stardust on the world. Marc Maron and Jena Malone round out the key cast.

Gabriel Range directed from a screenplay he co-wrote with Christopher Bell.

The film from UK-based Salon Pictures is a co-production with Wildling Pictures in Canada and was financed by Film Constellation and Piccadilly Pictures.

Arianna Bocco, EVP of acquisitions and productions at IFC Films, said, “Stardust isn’t the traditional film we are used to seeing when it comes to profiling life-changing cultural icons like David Bowie.”

Bocco brokered the deal with Westerhoff on behalf of the filmmakers.