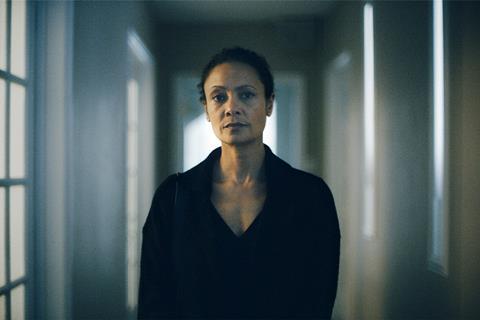 Newton plays a troubled Black professor living and working in a rural college town in the American West who gets into an escalating feud when local hunters use her land to enter a forest.