A total of 26 film projects will participate in this year’s co-production market in Rotterdam. 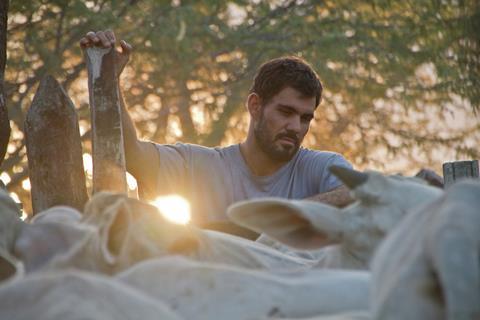 The line-up for the 2017 edition of the International Film Festival Rotterdam (IFFR) co-production market CineMart has been revealed.

The 34th edition of the co-pro event features 26 projects and will run Jan 29 – Feb 1 as part of the IFFR PRO Days industry strand of the wider festival (Jan 25 – Feb 5).

Film-makers presenting projects at this year’s edition include Brazilian director Gabriel Mascaro, whose 2015 feature Neon Bull [pictured] won prizes in Venice and Toronto. His next project is titled Centre Of The Earth.

Also participating in the event will be UK director Ben Rivers, whose credits include The Sky Trembles And The Earth Is Afraid And The Two Eyes Are Not Brothers. His latest project, After London, is being produced by Ben Wheatley’s Rook Films. Rivers previously won Rotterdam’s Tiger Award for his 2014 short film Things.

Three awards will be up for grabs for the participanting projects: The Eurimages Co-Production Development Award (worth €20,000), the ARTE International Prize (€6000), and the Wouter Barendrecht Award (€5000).

Marit van den Elshout, head of IFFR PRO and CineMart, commented on the selection: “Having received more applications than in the last years (over 450) proved to us that our responsibility of making a focused selection, is bigger than ever. The format of bringing talent together with their potential financiers still works, however in order for the industry to adapt to the world today and to stay realistic, we have to look carefully at the projects we