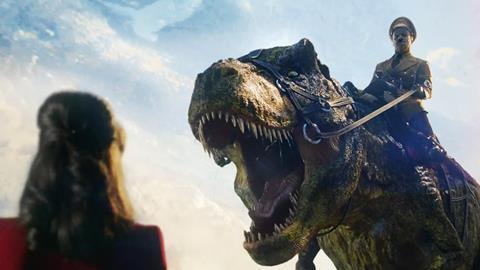 The two-month shoot on the $19m Finland-Germany-Belgium co-production saw the set catch fire during a scene set in the cockpit of a spaceship and male lead Vladimir Burlakov dislocated his shoulder during a stunt rehearsal in the film week of filming.

Post-production will be split between Finland and Germany. The VFX will be handled by Oscar-winning German studio Pixomondo while the score will be composed next year with Slovenian industrial band Laibach.

The financing included crowdfunding, with close to $625,000 raised through IndieGoGo by more than 7,000 fans from 75 countries.

Director Timo Vuorensola said of completing the shoot: “The feeling is unreal. I set out to do an ambitious large-scale production and managed to finally wrap what I needed - and more.

“We also succeeded in cutting four days off of the shooting schedule, thanks to an amazingly efficient film crew.”

However, producer Tero Kaukomaa of production company Iron Sky Universe said there was still more work to be done. “An enormously challenging round of financing has now been kicked off to a good speed, which I’m sure will only gain in momentum once we have an opportunity to present some of the excellent footage we’ve shot. But sure, the work is far from finished,” he added.

The first film, Iron Sky, posits that the Nazis set up a secret base on the dark side of the moon in 1945 and plan to return to Earth in 2018.

The sequel takes place 20 years later and moves the action to the centre of the Earth.

Iron Sky Universe, a new production company focusing solely on expanding the Iron Sky franchise, is also working on a TV series titled Iron Sky - Houston, We Have a Problem!.