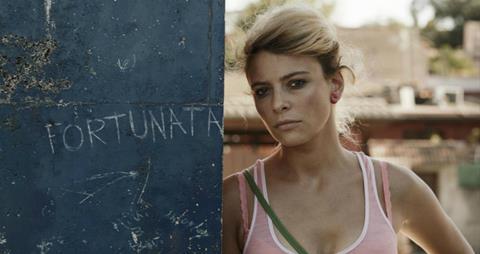 Italian auteur body 100Autori and cinema professionals association ANICA have sealed a landmark agreement under which story writers (soggettisti), screenwriters and directors will receive a percentage of automatic state film funds for the first time.

It is the first time a producers’ organisation has voluntarily agreed to formally share a portion of its state automatic funds with auteurs.

The accord is related to the automatic funding component of Italy’s annual cinema fund and system of tax breaks which came into effect in 2017 under the Italian Cinema Law, which have a total annual budget of approximately $450m (€400m).

This automatic funding is currently meted out on the basis of a feature film’s commercial performance as well as its artistic success in terms of festival selections and awards. Up until now the sum has been paid out only to the producers and distributors.

Under the mechanism, which is open to local features and international co-productions (in which Italian producers have at least a 20% stake), the automatic funds are earmarked for reinvestment in new productions and are only awarded after a full description of the fresh project has been submitted.

With the new voluntary deal, brokered by 100Autori and ANICA with the support of the cinema department (DG Cinema) of Italy’s Ministry of Culture, 4.5% of the automatically awarded amount will now be divided between story writers (1.5%), screenwriters (1.5%) and directors (1.5%) involved in a given film. In the case of multiple credits, the monies will be divided equally in each category.

The sum will be paid out at the start of a new production by the producers who applied for the automatic funding, regardless of whether the auteurs are involved in the new production.

The two bodies said in a joint statement tthe Ministry of Culture “had acknowledged the deal”. The statement added DG Cinema chief Mario Turetta had expressed “satisfaction with the agreement” as a working method to reinforce the auteur system in the production industry to the advantage of all the production chain and praised it as “an example of maturity and responsibility.”

The accord is an interesting development as automatic film funds in Europe are rarely meted out to writers and directors.

Screenwriter and 100Autori president Stefano Sardo (The Invisible Boy) said the accord highlighted the contribution screenwriters and directors make in the value chain of an audiovisual work.

“This agreement re-establishes the relationship between auteurs and the commercial, distribution and artistic outcomes of their works,” Sardo said in a statement.

Producer Francesca Cima at Indigo Film, who presides over the producers’ branch of ANICA, said the accord made sense at time when the future growth of the Italian audiovisual industry would be measured on “the value and results of its original ideas”.

“The automatic funding creates a virtuous mechanism that enables us to propose and develop ideas which are ever more innovative and original,” she said.

The accord will come into effect as soon as the Ministry of Culture has signed off on the administrative details of how the automatic funding, the first round of which has just been announced.

In the backdrop, a consortium of smaller producer and auteur bodies – comprising producers associations AGICI and CNA, directors body ANAC and Writers Guild Italia WGI, have praised the spirit of the accord but expressed concerns over its voluntary nature, asking for a more formal legal structure to guarantee auteurs receive a share of the automatic funds.

First round of films to receive automatic support

The Ministry of Culture’s DG Cinema published the first round of productions to generate automatic funds on the basis of their economic and artistic results in 2017 on May 27 and is now finalising the procedure for eligible producers to apply for the funds.

On the commercial side, 90% of the points are given in relation to a production’s Italian box office, up to a cap of $4.5m (€5m), with the rest linked to its home video earnings and international sales.

On the artistic side, top points are awarded for selection at Cannes, Venice and Berlin, winning a major award and being nominated or winning an Academy Award.

Selection at Locarno, Karlovy Vary, Sundance, Rotterdam earns less points and is on a par with winning Italy’s national David di Donatello cinema award. Participating in a local festival earns the same points as participating in selective markets such as Hot Docs, Ventana Sur and Mipcom.

The first round showed the importance of the artistic aspect of the points scheme. A number of arthouse titles with modest box office results in 2017 were granted sizeable automatic awards on the basis of their artistic performance.

Jonas Carpignano’s A Ciambra - which won the Europa Cinema Label when it premiered in Directors’ Fortnight and went on to win two David di Donatello awards and was selected as Italy’s Oscar submission - was granted $725,000 (€813.000) although it only earned $147,000 (€165.000) at the Italian box office.

Sergio Castellitto’s Fortunata crossover hit straddled both commercial and artistic success. After premiering in Un Certain Regard, it went on to gross $1.7m (€2m) at the box office, to generate a granted of $880,000 (€987.000).

* This story was updated on June 19 to include further details from the joint statement from 100Autori and Anica on the acknowledgment of the voluntary deal by the Ministry of Culture and to also note the concerns of other ‘auteur’  and producer bodies calling for a more formal structure.