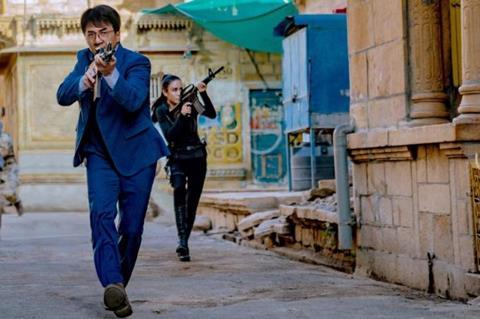 Director Stanley Tong and Chan make their ninth collaboration on the globe-trotting action tale that filmed in London, Dubai, Zambia, China, and India.

Vanguard centres on a covert security company that is the last hope of survival for an accountant after he is targeted by the world’s deadliest mercenaries.

Gravitas Ventures plans a wide theatrical release in the US and Canada including drive-ins and Imax theatres on November 20 this year.

Tong and Chan have worked together on First Strike, The Myth, and Rumble In The Bronx, among others.