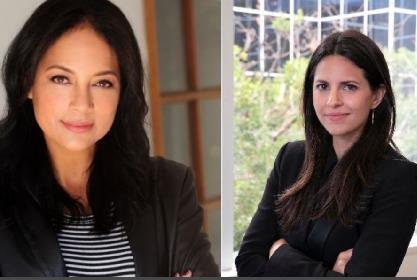 She will manage the BRON Ventures portfolio and serve as a strategic advisor to BRON’s joint-venture partners. Arceneaux reports to recently appointed chief strategy officer Ashley Levinson (pictured at right), who joined BRON in April.

“It is the start of an exciting new era at BRON,” said Gilbert. “First, we are thrilled to welcome Ashley and Jennifer to our company. Ashley is a big thinker with unique insight and vision and has brought so much to BRON already. Jennifer brings a diverse skillset to BRON, which will benefit our company and our joint-venture partners. With Animal Kingdom, we love the work they’ve done and look forward to supporting them as they grow their company. Joshua and David are a truly dynamic team.”

Kaplan added: “We couldn’t feel more fortunate to have found a long-term strategic partner in BRON. Having long been impressed by the growth and ambition of the organisation under the stewardship of its CEO, Aaron Gilbert, we see an incredible opportunity for corporate synergy as Animal Kingdom embarks on this exciting new chapter in the company’s history.”

Levinson works alongside BRON chief content officer Anjay Nagpal, and is responsible for fostering filmmaker and industry relationships and identifying corporate opportunities across the BRON group of companies, including BRON Studios, BRON Animation, BRON Creative, and BRON Ventures, while overseeing day-to-day operations of the LA studio. She previously served as COO at Annapurna Pictures.