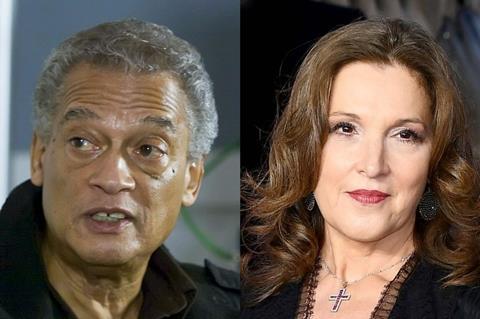 Hope And Glory director John Boorman, Pressure filmmaker Horace Ové and No Time To Die producers Barbara Broccoli and Michael G Wilson are among those recognised in the 2022 New Year’s Honours List.

UK director Boorman was awarded a knighthood for his services to film. His credits include Point Blank, The Emerald Forest, The General and Queen And Country. He also received a Bafta Fellowship in 2004.

Pioneer of Black British filmmaking Ové, who was born in Trinidad and Tobago, has also received a knighthood, for his services to media. The UK filmmaker and photographer is credited as the first black British filmmaker to direct a feature-length picture, for Pressure in 1976.

UK actors Vanessa Redgrave and Joanna Lumley have both been made dames. Redgrave originally rejected the honour in 1999 over Prime Minister Tony Blair and the Iraq War. Redgrave has starred in Mary, Queen of Scots and Howard’s End and won the best supporting actress Oscar for her role in 1977 drama Julia. She has been awarded for services to drama.

Lumley’s acting credits include The Picture Of Dorian Gray, Paddington 2 and The Wolf Of Wall Street. She has been awarded for her services to drama, entertainment and charitable causes.

Bond producer Broccoli has been made a CBE. The UK-US producer heads Eon Productions alongside her half-brother Michael G Wilson, who has also been awarded a CBE in this year’s honours list. Broccoli has worked on the last nine Bond films, and has also executive produced debbie tucker green’s ear for eye.

US-born Michael G Wilson has headed Eon Productions alongside his sister since the death of Broccoli’s father, Albert ‘Cubby’ Broccoli, in 1996. He has been a producer or executive producer on every Bond film since Moonraker, and has also written the screenplays for Bonds including Licence To Kill, The Living Daylights and A View To A Kill. Both Broccoli and Wilson have been awarded for services to film, drama, philanthropy and skills.

UK director, producer and screenwriter Paul Greengrass has been awarded a CBE, for his services to the arts. The former journalist’s credits include Bloody Sunday (which won the Golden Bear at Berlin), The Bourne Supremacy, News Of The World, 22 July and TV drama The Murder Of Stephen Lawrence.

UK actor Daniel Craig, who bowed out as James Bond in No Time to Die, has been made a Companion of the Order of St Michael and St George. It is the same honour that Bond received and is usually reserved for diplomats for their work overseas.