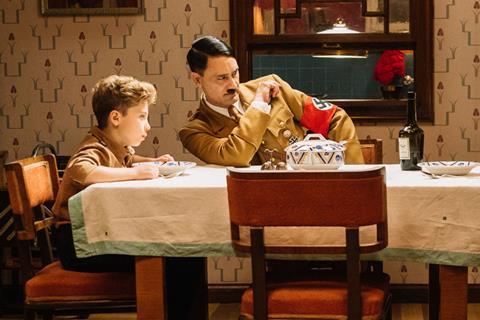 In the last decade every winner has gone on to earn a best picture nod except Nadine Labaki’s Where Do We Go Now? from 2011. Last year’s winner Green Book won the best picture Oscar, and the other TIFF audience award winners from the last 10 years to do that were 12 Years A Slave (TIFF 2013), and The King’s Speech (TIFF 2010). Slumdog Millionaire won the TIFF prize in 2008 and also triumphed at the Oscars.

Festival brass revealed winners on Twitter on Sunday (15) after they announced last week they were cancelling the awards show as most filmmakers would already be on their way home.

Waititi directed and stars in Jojo Rabbit as Adolf Hitler, who becomes an imaginary friend to a young German boy growing up during the war. Scarlett Johansson plays the boy’s mother who hides a Jewish girl in their home.

Fox Searchlight will release its awards contender in North America on October 18. Waititi took to Twitter and said, “#JojoRabbit is a story of tolerance and understanding set in a time that lacked both, and I hope in making this film we can remind ourselves that it’s still possible to connect with each other even under the most chaotic of circumstances.”

TIFF brass announced on social media that Galder Gaztelu-Urrutia’s Spanish genre film The Platform, which Netflix snapped up for most of the world during the festival, won the Grolsch Global People’s Choice Midnight Madness Award.