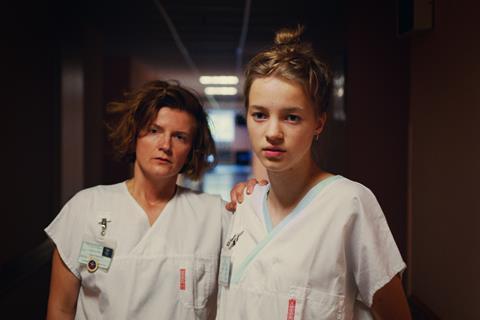 Among the winners were Victim, from Slovakia, Czech Republic and Germany, directed by Michal Blaško and produced by Jakub Viktorín and Pavla Janoušková Kubečková, which will follow a Ukrainian woman in a small Czech town fighting for justice when her son is attacked and blames the Roma community. It collected the Works in Progress TRT Award worth €5,000 ($5,886).

From the Czech Republic, Head Nurse, directed by Jan Vejnar and produced by Kamila Dohnalová, picked up the Works in Development - Feature Launch KVIFF & MIDPOINT Development Award worth €10,000 ($11,773) for further development. It looks at the different characters and situations encountered by the head nurse at a regional Czech hospital over her one-day shift.

An Owl, A Garden And The Writer, an Iranian-France co-production, won the Works in Progress Post-production Development Award. It sees director Sara Dolatabadi offering an intimate portrait of her father, famed novelist Mahmoud Dowlatabadi.

Taking two prizes in First Cut+ was The Hatcher from Polish director Grzegorz Mołda and producer Izabela Igel; the drama is about a young man released from a juvenile detention centre and a close bond he forms with his carer.

Hugo Rosák, head of industry at KVIFF, said: “What was important this year is that, despite the pandemic, we didn’t break the tradition of bringing into the spotlight quality projects from our region that are in the making and which buyers and producers can advance closer to distribution. It’s reassuring to see that an online format can deliver this.”