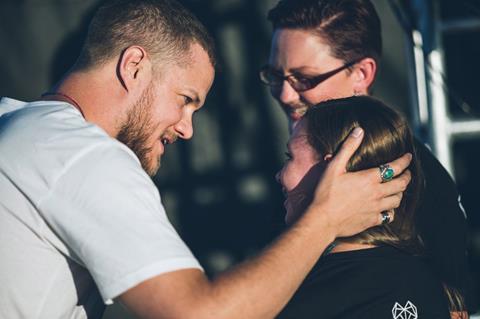 The company has picked up Believer, which features Dan Reynolds, front man of US rock group Imagine Dragons and a former Mormon missionary. The project delves into the struggle to reconcile differences between the religious Mormon community and the LGBTQ community. The film, directed by Don Argott and produced by Live Nation Productions, premiered at Sundance Film Festival in January. HBO has taken US rights.

Kew has also bought international rights to Soufra, about an entrepreneurial woman, Mariam Shaar, striving to start a business while stuck in a refugee camp in Beirut, Lebanon. Susan Sarandon is an executive producer on the project. Thomas Morgan directed and produced with Trevor Hall, Kathleen Glynn and Craig Piligian of Pilgrim Media Group.

Kew Media’s EVP of sales, Jonathan Ford, is introducing the films to buyers at the EFM, where both titles are making their market debut.

Ford commented: “Both of these documentaries deal with powerfully universal messages of hope and change within vastly different communities located on opposite sides of the world.

“With Believer we chronicle a very personal year in Dan Reynolds’s life as he risks his relationships with his faith, family and fans to stand up for what he believes in - that we should all be loved and accepted for who we are. While Soufra is both a culinary delight and an inspirational message of self-empowerment for a woman seeking hope for a better future in one of the world’s most difficult locations.”