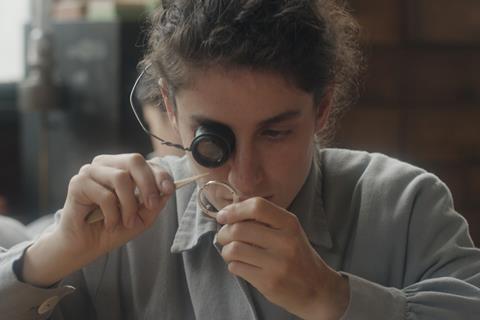 Paris-based sales company Alpha Violet handles international sales. Due to the fact that the Berlinale’s European Film Market (EFM) was online this year, the feature had its first physical market screening in Cannes and the North American deal was signed on the back of that.

The film is set in 19th-Century Swiss watchmaking town where new technologies are radically changing manufacturing and labour practices. The drama revolves around a local movement of anarchist watchmakers and a young Russian traveller and future figure in the global anarchist movement, Piotr Kropotkin.

KimStim is planning a theatrical release in early.

Following the Berlinale win, Unrest clinched prizes in a number of other festivals including best picture at Korea’s Jeonju International Film Festival in May.

Schäublin’s previous feature Those Who Are Fine won best film at the Edinburgh International Film Festival in 2017.