​Kino Lorber takes US rights to doc ‘Chichinette: How I Accidentally Became a Spy’ (exclusive) 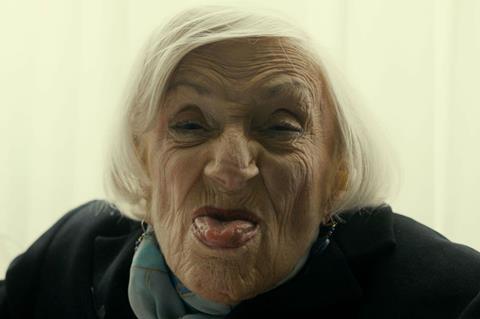 Chichinette: How I Accidentally Became a Spy

The film has sold to the US (Kino Lorber), the UK (Signature), Hungary (Cirko), and France (Urban Distribution).

Chichinette: How I Accidentally Became a Spy is the story of French Jewish World War Two spy Marthe Cohn, also known by the nickname of Chichinette. Having kept silent about her exploits for nearly 60 years, the 98-year-old heroine, who was born in the French industrial city of Metz, now travels the world talking about her experiences and contribution to helping to beat the Nazis during the war.

It is produced by Berlin-based producer Amos Geva whose specialises in films focused on Jewish identity and history. The film is the second feature-length documentary for Hens, who also works as a cinematographer, after Omulaule Means Black about Namibian children who spent part of their childhood in Eastern Germany.

Chichinette : How I Accidentally Became a Spy world premiered last week at the Haifa Film Festival on October 13 where it won a special mention.

Urban is due to release the film in France on October 30. It will also be released in German cinemas later this year by Missing Films.