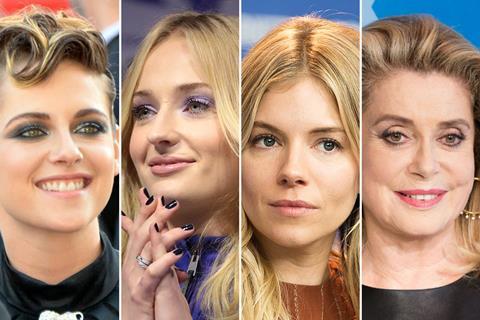 The Deauville American Festival has unveiled a female-focused programme spotlighting women behind and in front of the camera for its 45th edition.

The festival, unfolding in the luxury northern French resort of Deauville Sept 6-15, courted controversy earlier in the week when it announced it was opening with Woody Allen’s A Rainy Day in New York.

It will be the feature’s biggest festival screening after backers Amazon cancelled its release after its 2017 shoot when molestation allegations by the director’s adopted daughter Dylan Farrow resurfaced amid the rise of the Time’s Up movement.

Festival director Bruno Barde batted back criticism of the selection, highlighting that Allen had been cleared by American justice in two different states of the charges.

A selection of films starring actresses will screen across the festival including Jeremiah Terminator LeRoy and Seberg for Stewart, American Woman for Miller and Hollywood gender inequality documentary This Changes Everything for Davis.

UK Game Of Thrones star Sophie Turner will receive the Hollywood Rising Star award. She follows in the footsteps of Daniel Radcliff and Elle Fanning. Festival selections featuring Turner include Jouri Smit’s revenge thriller Heavy set against the backdrop of the high-end drug dealing scene as well as all the episodes of the 10th season of Game Of Thrones.

Allen’s A Rainy Day In New York will screen in Deauville’s Premieres section, focused on more mainstream films. Other titles in that line-up also Terrence Malick’s A Hidden Life, and Oliver Assayas’s The Wasp Network, which closes the 45th edition.

THE DOCS OF UNCLE SAM

This Changes Everything
Dir. Tom Donahue