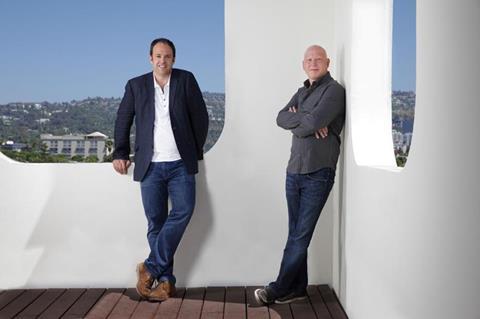 Lightbox is to exit Channel 4’s Indie Growth Fund, with co-founders Jonathan Chinn and Simon Chinn taking back full control of the business.

The Chinns are to buy back their shares for an undisclosed sum, with C4 relinquishing its strategic input after six years of collaboration.

Over that period, Lightbox has more than tripled in size, become a major supplier to Netflix and won an Emmy for its Nat Geo feature doc LA 92.

The Chinn’s said that the fund “has enabled us to achieve our ambitions to grow our business substantially, and to establish our brand, in the first phase of Lightbox’s evolution”. They added that they have no plans to seek further investment at this time.

The London / LA headquartered firm was launched in 2013 by the producer cousins and was among the first companies to join C4’s Growth Fund in 2014 under then fund chief Laura Franses.

Its recent output includes Netflix’s Tell Me Who I Am and BBC2’s Untouchable: The Rise and Fall of Harvey Weinstein, while it has also won a landmark Nat Geo commission (Return To the Moon) for a four-year project with access to NASA’s moon landing mission.

Caroline Murphy, C4’s head of the Growth Fund said: “It’s been wonderful to see their business flourish into a multi-award-winning independent TV and film production company.”

“They are supremely talented filmmakers and now seems like a natural time for them to take full ownership of the company.”