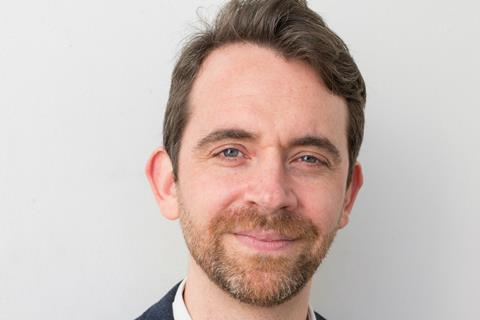 London Film School (LFS) has appointed Dan Lawson as chief operating officer, in a new role created in response to the growth of the school.

He joins director Gisli Snaer and chairman Greg Dyke on the LFS executive team. Snaer and Dyke were appointed in June and April 2018 respectively.

Lawson’s responsibilities include leading the implementation of LFS strategic initiatives, and acting as spokesperson on regional, national and international matters.

Two major plans he will support are the LFS move to a new campus at London City Island; and a fundraising drive to help improve access to the creative industries for underrepresented groups.

Lawson has previously worked for both Creative Skillset and Creative England. As an executive producer for the West Midlands Production Fund, he worked on projects including One Mile Away, which won the Michael Powell Award at Edinburgh, the debut season of Jed Mercurio’s Line Of Duty and Stephen Poliakoff’s Dancing On The Edge.

He also ran the the London 2012 Olympic and Paralympic Games youth filmmaking programme.