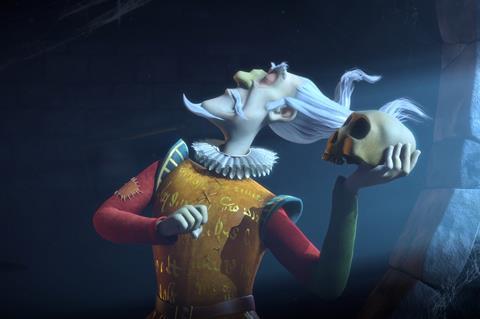 Fry will also lead the voice cast as the ghost of Sir Simon Canterville, who has been haunting his ancestral manor for more than 300 years when an American family moves into the manor. Despite not being scared by the apparition, their teenage daughter may offer the key to Sir Simon’s fate. The cast also includes Hugh Laurie and Freddie Highmore.

It will mark the feature directorial debut of Kim Burdon, who previously directed episodes of Stressed Eric, and the adaptation has been written by Giles New and Keiron Self.

On joining the project as majority financier, Align CEO Politowski said: “The Canterville Ghost marks the fourth animated feature we have boarded, following an ongoing shift to diversify our slate within the constraints of the global lockdown.”

Politowski, the founder and former boss of Belgian financier and production outfit Umedia, set up Align with Umedia colleague Nadia Khamlichi in 2019. The company has a $200m fund to be deployed from 2019 to 2022 and aims to fund five projects a year in the $6m-$30m budget range.