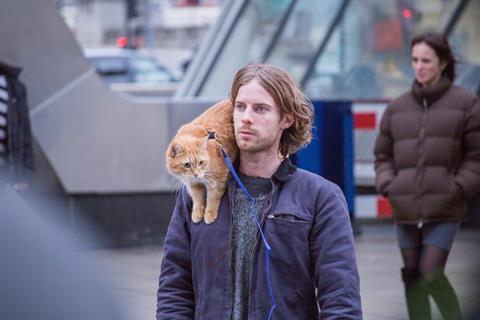 Luke Treadaway will reprise his lead role in A Gift From Bob, the sequel to drama A Street Cat Named Bob that The Exchange continues to pre-sell at AFM.

The sequel centres on the life of James Bowen, a busker and recovering addict whose life was transformed when he met a stray ginger cat. Charles Martin Smith (Dolphin’s Tale, A Dog’s Way Home) will direct from a screenplay by Garry Jenkins.

Production is scheduled to start in London this month in time for a 2020 December holiday season release.