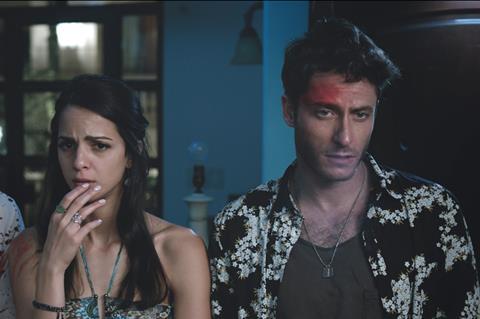 M-Appeal has closed North American deals on two of the most prominent titles on its virtual Marché slate.

“With Fidelity, we are expanding the variety of genres in our catalogue of US releases. It’s our passion to bring more foreign-language titles to the US market,” commented Steffen Gerlach from Berlin-based independent distributor Capelight Pictures, which has been releasing films in the US since 2018.

The deal on Fidelity comes as the film has posted good box-office numbers in Hong Kong, where it has just been released in cinemas by Edko, under current social-distancing guidelines that require chessboard seating in the cinemas. Produced by Sergey Kornikhin and Valeriy Fedorovich through Droog Drooga Film Company and Premier Studios, the film stars Evgeniya Gromova, Aleksandr Pal, Aleksey Agranovich, Anna Kotova, Marina Vasileva and Pavel Vorozhtsov.

Operating as a distributor since 2004, Capelight released its first film in the US two years ago and is building up its library of foreign-language acquisitions, partnering with Chicago-based MPI Media Group for the US market. Recent titles include German and Russia films The Collini Case, Cut Off, Coma and Attraction 2, as well as Korean movies such as Ashfall, The Man Standing Next, The Closet and Secret Zoo.

Fidelity has also gone to multiple territories including France (ARP), South Korea (Entermode Corp, which will release the title theatrically this autumn) and Taiwan (Moviecloud).