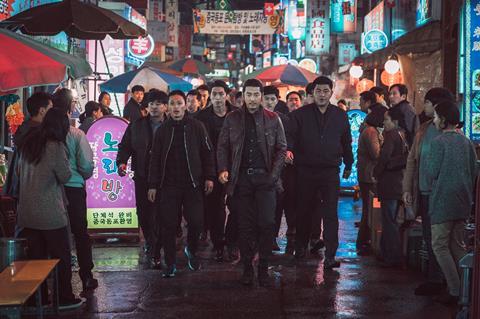 The film stars Don Lee (Train To Busan) as a ruthless detective leading a crime sweep after gangsters from Harbin led by Jang Chen, played by Yoon Kye-sang (The Bacchus Lady), the throw the city into bloody chaos.

Released Oct. 3, the film clocked up more than 6 million admissions at the local box office and is currently the fifth biggest hit of the year, according to the Korean Film Council.

Starring Kim Hye-soo (The Thieves) as the second in command of an elite criminal organization, the film follows the action and drama that arise as her enforcer Sang-hoon, played by Lee Sun-kyun (A Hard Day), starts to chafe under his duties while harboring unrequited love for her, a prosecutor she has ensnared seeks revenge, and the son she secretly gave birth to arrives back from abroad.