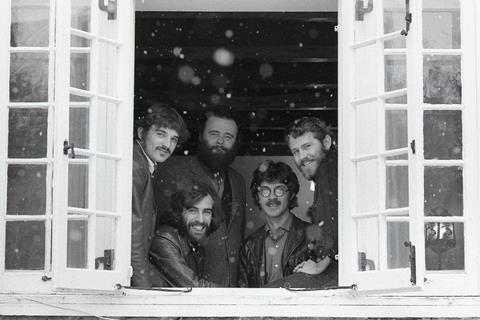 As the European Film Market wraps up in Berlin, Magnolia Pictures International has revealed sales deals on documentary features including Assassins and Once Were Brothers.

Director Ryan White’s Assassins, about the killing of Kim Jong-nam, half-brother of North Korean leader Kim Jong-un, sold to Dogwoof for the UK, Nonstop Entertainment for Scandinavia, the Baltics and Iceland, Twin Co for Japan, The Coup Corporation for South Korea, Ascot Elite for German-speaking Europe and Channel 8 for Israel. Magnolia is set to release the film theatrically in the US later this year.

The Fight, which had its world premiere at Sundance and is set to gets it international premiere at March’s CPH: Dox festival in Copenhagen, went to Dogwoof for the UK. Magnolia will release in US cinemas this summer.

D W Young’s The Booksellers, about collecting rare books, went to Nonstop for Scandinavia, the Baltics and Iceland and to Mindjazz Pictures for German-speaking Europe.

Once Were Brothers: Robbie Robertson And The Band, the rock music documentary with Martin Scorsese among its executive producers, sold to Nonstop for Scandinavia, the Baltics and Iceland. The film previously sold to buyers including Aya Pro (for Japan), Umbrella (for Australia/New Zealand) and the BBC (for the UK).