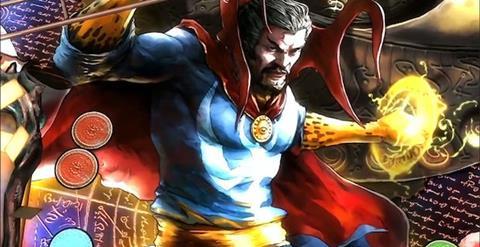 Preparations on the ground are already in motion with crew being assembled for a move into Shepperton in late 2014/early 2015.

A tentative shoot date has been mooted for May 2015 with Marvel having reportedly dated the film’s release for July 8, 2016.

Scott Derrickson is due to direct the feature about the former neurosurgeon who serves as the Sorcerer Supreme - the primary protector of Earth against magical and mystical threats.

The character, who made his first appearance in the Marvel Universe more than 50 years ago, was first created by Stan Lee and Steve Ditko. A number of studios have tried to get a feature about him off the ground since the 1990s.

Doctor Strange has been described as “the mightiest magician in the cosmos” and “the most powerful humanoid hero of all in the Marvel comics universe”.

Multiple reports have linked Joaquin Phoenix to the lead role.

The deal would reinforce the strong ties between Pinewood, Marvel and parent company Disney, with the US studio’s Star Wars VII currently shooting at Pinewood, Avengers: Age of Ultron recently wrapping at Shepperton and Alice in Wonderland: Through the Looking Glass still in production at the same venue.

Marvel’s Ant-Man is currently shooting at Pinewood’s new Atlanta studios in the US.