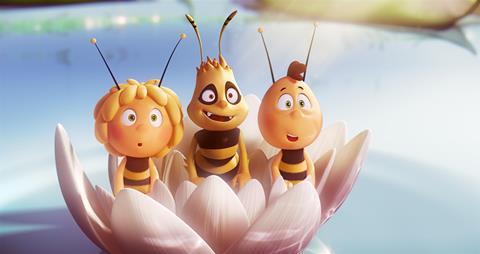 Munich-based sales company Studio 100 Film has closed a deal for the UK and Scandinavia to the German/Australian 3D animation Maya The Bee with London-based Primal Screen.

The deal includes all rights for the UK, Republic of Ireland, Norway, Sweden, Denmark, Finland and Iceland.

Studio 100 Film has sold the adventure feature in more than 170 territories so far, including North America.

The film is drected by Alexs Stadermann and produced by Studio 100 Media (Germany) and Buzz Studios (Australia) in association with Flying Bark Productions.

Maya The Bee is based on a German children’s novel by Waldemar Bonsels first published in 1912. The character has also appeared in comic book series and several animated series for television.