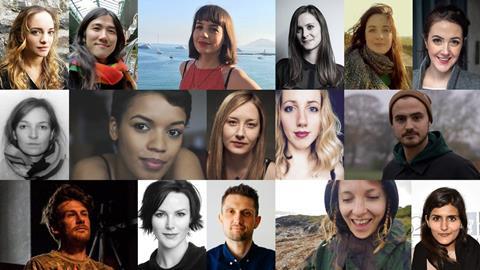 The BFI and Bafta have revealed 16 emerging filmmakers and the mentors who will guide them as part of their ongoing initiative to develop talent from under-represented groups.

Veep director Becky Martin and Candyman writer-director Nia DaCosta are among those who will mentor upcoming talent as part of the second BFI Network x Bafta Crew Mentoring scheme.

Others who will provide bespoke support, advice and guidance to young filmmakers as they work toward their first feature or major commission include American Animals director Bart Layton, Pride screenwriter Stephen Beresford and Beast director Michael Pearce.

The initiative forms part of a wider programme of events and networking opportunities for emerging talent to connect with each other and the wider industry. The year-round professional development initiative is currently supporting 800 individuals as the progress in the industry, with mentoring sessions taking place digitally as part of the BFI and Bafta’s commitment to support talent throughout the Covid-19 lockdown.

The mentees and mentors for 2020 are: