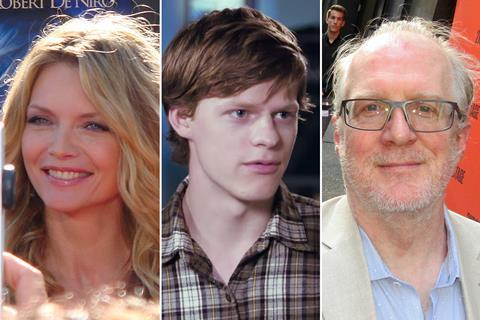 Michelle Pfeiffer, Lucas Hedges, and Tracy Letts will star in the surrealist comedy French Exit with Azazel Jacobs attached to direct, and Rocket Science and Wild Bunch partnering on international sales for Cannes.

CAA Media Finance represents US rights to the project, which sees Jacobs reunite with Letts from The Lovers, and is based on Patrick deWitt’s adapted screenplay from his novel, whish was shortlisted for the Scotiabank Giller Prize.

The story centres on Frances Price, a broke, 60-year-old Manhattan socialite and widow who has burned through her late husband Franklin’s inheritance. Resolving to live out her twilight days anonymously, she moves into a modest apartment in Paris accompanied by her slacker son Malcolm (Hedges), and ‘Small Frank’ (Letts), the family cat that embodies Franklin.

Pfeiffer most recently starred in Ant-Man And The Wasp, Murder On The Orient Express, and Mother! She will next be seen opposite Angelina Jolie and Elle Fanning in Disney’s Maleficent: Mistress Of Evil.

Hedges has starred in Ben Is Back, Manchester By The Sea, Mid90s, Boy Erased, and Honey Boy.

Letts’ credits include The Post, The Big Short, The Lovers, and Lady Bird. He is currently in post-production on Twentieth Century Fox’s Ford v. Ferrari.