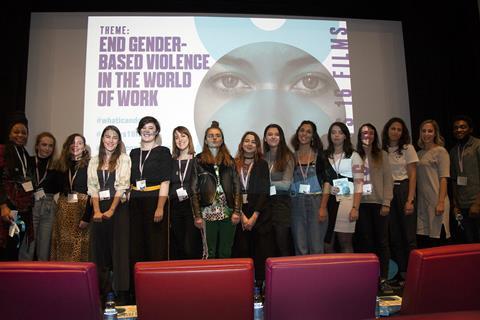 The UK’s Modern Films has teamed with the Kering Foundation for 16 Days 16 Films, a short film initiative aimed at addressing issues around gender, equality and discrimination.

Submissions are now open for entries from UK, Irish, French and Italian-based female filmmakers, from which 16 finalists will be shortlisted.

The selected films will stream for one day through the social channels of Modern Films and the Kering Foundation, the corporate foundation of the Kering group, chaired by François-Henri Pinault that combats violence against women.

The top three films, chosen by a jury, will be rewarded with cash and filmmaking support prizes.

The initiative was launched last year by Eve Gabereau’s distribution and production banner Modern Films in partnership with the national campaign UK Says No More. It is being run in-house by communications director Ginta Gelvan and producer Johanna von Fischer, founding member and former director of the BIFAs.

It was inspired by 16 Days of Activism Against Gender-based Violence (Nov 25-Dec 10), which has run annually since 1991 between the International Day for the Elimination of Violence Against Women and International Human Rights Day.