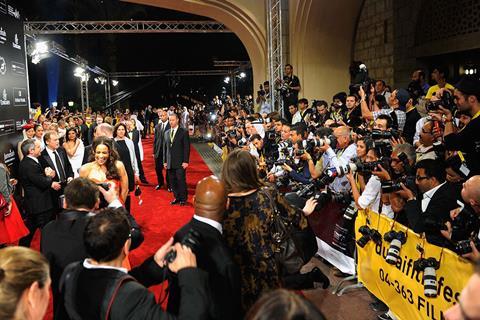 Update: The organisers of the Dubai International Film Festival (DIFF) have now announced a one-year hiatus with the next edition now scheduled for 2019 as part of a major overhaul of the event. Full story HERE.

Original story: The future of the United Arab Emirates’ Dubai International Film Festival (DIFF) appears to be in question once again amid unconfirmed industry talk that key members of the team have not had their contracts renewed yet and that the event is set to be overhauled or perhaps even shut down.

None of the usually responsive key staff at the festival has acknowledged or replied to email and phone enquiries over the last 24 hours regarding the rumours but a switchboard operator at the Dubai Creative Clusters Authority (DCCA), the parent body for the festival, told Screen International that, “the people at the festival stopped work a week ago”.

The operator added that there were changes going on at the festival but had no further information on what they involved. Screen International has emailed the authority for further clarification.

In the meantime, another source in the Gulf noted that festival’s DIFF 365 initiative, showing festival titles all year round on a dedicated screen at the VOX Cinemas multiplex in the Mall of the Emirates, had not been extended for another season.

DIFF is also expected to be absent from Cannes this year. French sources said they had heard that the festival had not reserved its usual spot at the Carlton Hotel in Cannes where it traditionally holds an industry lunch, a key networking event for the entire Arab film world during the festival.

In the backdrop, DIFF was still Tweeting about its activities as late as April 14, highlighting the selection of Arab-language films such as Egyptian road movie Yomeddine in Competition in Official Selection at Cannes.

Other sources said that DIFF’S chairman Abdulhamid Juma is still in place but that his immediate superior at parent body the TECOM Group, the investment subsidiary of the Dubai Holding group with ultimate control over the event, had changed and was calling for an overhaul.

Proposed changes include, according to one source, moving the festival from its current location at the Jumeirah Beach Resort to a downtown Dubai location such as the Dubai Opera House.

It is not the first time the festival’s future has been in doubt.

Rumours that the event was facing the axe also surfaced in 2014 amid a wave of cutbacks which saw the key industry events like the Dubai Film Connection (DFC) co-financing meeting put on ice for a year.

But by 2015, DIFF was back on track again, with the DFC reinstated, and its future seemed secure. The closure of the rival Abu Dhabi Film Festival (ADFF) earlier that year also bolstered DIFF’s position as the premiere film event in the region.

Fingers will be crossed throughout the filmmaking community in the Arab world that the festival will survive intact once again.

Its December dates also positioned it as a good platform for Oscar hopefuls. Last year, a large delegation from the Academy of Motion Picture Arts and Sciences, including president John Bailey and governor Kimberley Peirce, attended as part of its diversity drive.

The festival also brokered the UAE’s eligibility to submit Emirati feature films to the Academy’s foreign language film category as of last year, which was seen as an important step for the territory’s growing, 15-year-old film industry.

These December dates, at the end of the calendar year, were also seen as a hindrance for the festival as it tried to secure world premieres and A-list stars.

If the rumours of the festival’s closure prove to be true it will also be a blow to the independent filmmaking community throughout the Arab world.

The festival’s Dubai Film Market, which extended its remit into high-end TV last year, was seen as a key networking event for professionals from the region.

Its DFC was also regarded as an important project incubator for the region. Films to have been supported by the event include Wadjda, Wajib, Ali, The Goat, And Ibrahim, Blind Sun, Divines, Fix Me and In The Last Days Of The City.

If DIFF does shut down it will join a number high-profile Middle Eastern festivals to have come and gone in recent years including the ADFF and the Marrakech International Film Festival, which was cancelled in December 2017 but may be resurrected this year.