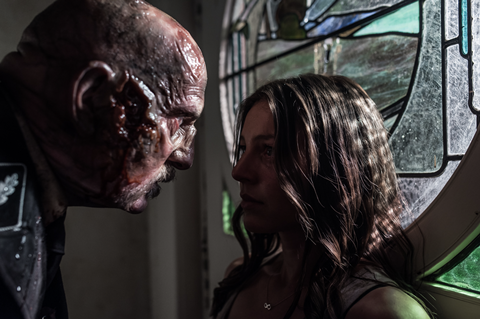 The film has sold to Japan (New Select), Scandinavia (Njuta) and Benelux (One2See).

Starring Andy McPhee (Wolf Creek), Georgia Chara and Leigh Scully, Living Space follows an Australian couple on a romantic vacation in Germany who encounter the ghost of a Nazi SS officer in an isolated farmhouse.

Steven Spiel directed from his own screenplay. Natalie Forward produced.

It was theatrically released in Australia by Monster Films in March this year and is set to receive its US premiere at the 2018 Amazing Las Vegas Comic Con event in June.