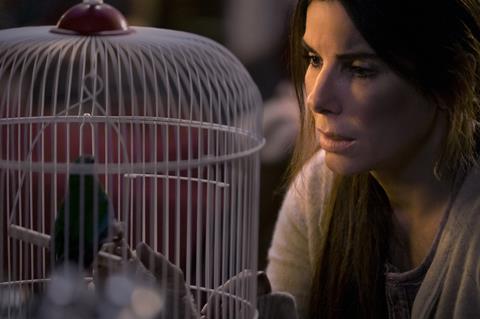 Netflix has commissioned a feature film spin-off from 2018 horror Bird Box, to be shot in Spain later this year.

The new film is neither a prequel or sequel to the first title, but is described by the streaming giant as an expansion of “the Bird Box universe”.

The film will be directed by Spanish brothers Àlex Pastor and David Pastor, whose previous credits include 2020 Netflix thriller The Occupant and 2009 sci-fi Carriers, about four friends seeking a haven from the global spread of a lethal virus.

Dylan Clark and Chris Morgan will resume producing duties having worked on the first title, and will be joined by Adrián Guerra and Núria Valls of Spain’s Nostromo Pictures.

Susanne Bier – who directed the original film – is an executive producer, with Ainsley Davies for Chris Morgan Productions and Brian Williams for Dylan Clark Productions.

The film was commissioned through David Kosse, vice president of international original film at Netflix.

The first Bird Box film stars Sandra Bullock as a mother and her two children making a desperate bid to reach safety, five years after an ominous unseen presence drives most of society to suicide. The cast also includes Trevante Rhodes, John Malkovich and Danielle Macdonald.

Following its release in December 2018, Netflix announced that more than 45 million accounts had watched the title in its first seven days, which the streamer claimed was a record for a Netflix title on the platform at that time.