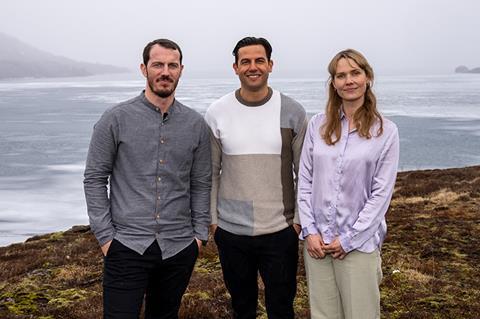 Simon Sears, Ulaa Salim and Nanna Øland Fabricius on the set of ‘Eternal’ in Iceland

New Europe also sold Salim’s 2019 debut feature Sons Of Denmark (which premiered in competition at Rotterdam), and has a long history with the film’s Icelandic co-producer, Netop Films (Rams, Under The Tree).

Salim writes and directs the film, which is set after an earthquake causes a mysterious fracture on the ocean floor, which accelerates climate change. One of the scientists researching the fracture suddenly reunites with a singer he once loved.

Delivery is expected in mid-2023 and Nordisk will release in Scandinavia from August 2023.