Newly passed legislation makes it easier for feature film productions to qualfy for the 30% labour credit. 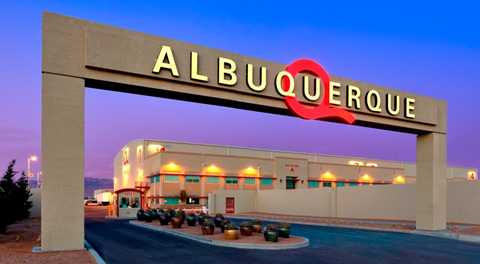 New Mexico legislature has made key improvements to the state’s tax incentive programme for film and television production.

The newly passed legislation is in keeping with the goals of both the Governor and legislative leaders to pass substantive economic development bills during New Mexico’s current legislative session, which ends Saturday [March 21].

Coming two years after the state passed the “Breaking Bad Bill” that increased financial incentives for series television to 30%, the legislation extends the 30% credit to stand-alone pilot episodes and makes it easier for feature film productions to qualify for the 30% labour credit by expanding the definition of “qualified facilities”.

Dana Arnold, CEO of Albuquerque Studios, commented: “We want to thank the legislators and the Governor for promoting job creation and small business growth in New Mexico. These bills make New Mexico even more competitive and attractive for producers, while encouraging producers to hire locally and use New Mexico vendors. This is a big win for the working men and women of the New Mexico film industry.”

Once signed by Governor Martinez, the first bill, SB.565, will take effect on April 10, 2015. The second bill, HB.216, allows a production company to pre-assign its tax rebate to a third-party.

Television series currently in production in Albuquerque include Breaking Bad prequel/sequel Better Call Saul and the second series of NBC’s The Night Shift.