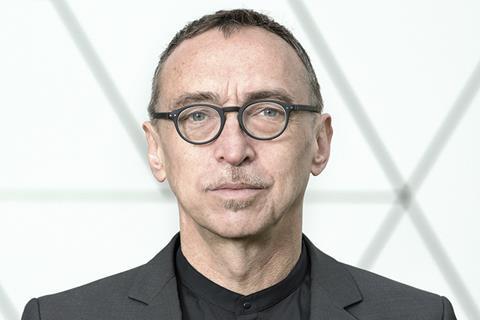 Marten Rabarts has been appointed the new festival director of the New Zealand International Film Festival.

Rabarts currently heads Eye International in Amsterdam where he is responsible for the promotion of Dutch film and film culture worldwide. He is also a board member of European Film Promotion.

Rabarts will attend this year’s festival throughout July and August this year; the event takes place in multiple cities including Christchurch, Auckland and Wellington. He will then start in his position from October.

A native of Coromandel on New Zealand’s North Island, Rabarts began working in film in the 1980s in New York. After a stint in London at PolyGram Filmed Entertainment and Working Title Films he moved to Amsterdam and was artistic director of Amsterdam’s Binger FilmLab from 2000 to 2012, where he developed talent and films by international and Dutch filmmakers.

Titles he worked on included Jennifer Kent’s horror hit The Babadook, and Touch Me Not, Adina Pintilie’s winner of the Golden Bear at Berlinale 2018.

Rabarts was head of training and development at the National Film Development Corporation, India’s national film fund, from 2012 to 2015.

Rabarts replaces Bill Gosden, who retired from the role last month. Gosden worked for the New Zealand Film Festival Trust for 40 years, including as curator and director of its flagship event since 1981.