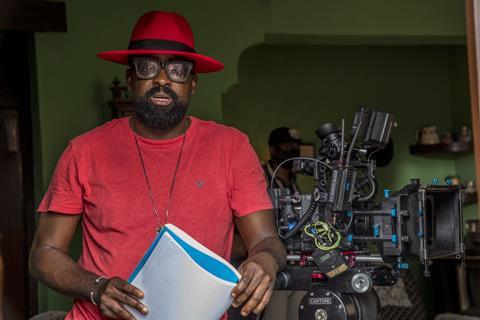 Nigerian filmmaker Kunle Afolayan has signed a deal with Netflix to make three new films set in his home country.

The first title will be an adaptation of Nigerian-American writer Sefi Atta’s 2010 novel Swallow, about a naïve secretary who, after a series of career woes, considers her roommate’s offer to work as a drug mule in mid-1980s Lagos.

Afolayan described another title as “a story of folklore and fantasy”; and a third that deals with dementia, but with an African spiritual influence.

Swallow is “95% filmed” according to Afolayan, with post-production underway. He worked with Atta on adapting her words for screen.

“It is very authentic to Africa,” said Afolayan. “People have told different stories about drug peddling, drug abuse and pushing, but nobody has done everything around here.”

“Nigeria is a market with a very prolific industry – deemed to be the third-biggest in the world,” said Ben Amadasun, Netflix’s director of content for Africa. “It makes sense that if we’re growing within Africa, Nigeria is one of the focus markets – especially in the beginning.”

Netflix launched in Nigeria in 2016, and has since screened several of Afolayan’s films on its platform including The CEO, October 1, The Figurine and last year’s Citation.

Last year the streamer launched Netflix Naija, a platform for development, production and exhibition of Nigerian features and series from the country’s industry, known as Nollywood.