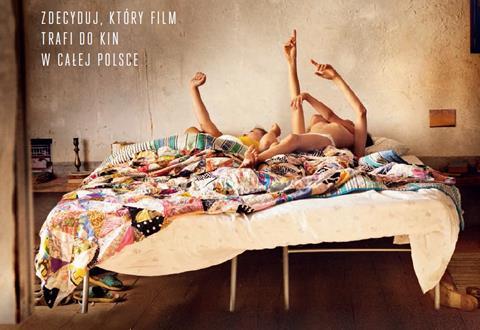 Speaking to ScreenDaily from Warsaw, the initiative’s architect Jakub Duszyński, head of distribution and acquisitions at Gutek Film, revealed that the project is now called Scope100 and will also have the partners from the first edition -  Aero Film (Czech Republic), Stadtkino Filmverleih (Austria), and Cinefil (Hungary) - participating again.

As for Scope50, the distributor in each partner country will be recruiting film enthusiasts to watch 10 selected films online to vote for one to be subsequently released theatrically in that country.

¨Festival Scope is responsible for selecting the titles and clearing the rights with the sales agents for each territory,¨ Duszyński explained.

The six distributors will be able to choose their line-up of 10 titles from 25 selected by Festival Scope, with each territory likely to have a different line-up to offer to the 100 arthouse aficianados for viewing between 15 December and 15 January.

¨In the case of Gutek Film, we are looking to have people of different ages, gender and educational background as well as from different parts of Poland to take part in the project,¨ Duszyński added.

¨ It’s a great way of getting in touch with creme de la creme of the audience and the opinion leaders. They help influence the release and get involved in the distribution of the winning film by making comments on the poster and trailer. They also become ambassadors for their films.¨

The initiative’s first edition - as Scope50 - saw the Czech cineastes vote for the Sundance 2014 winner Blind, while  the Poles picked the San Sebastian winner Magical Girl, and the Hungarians the Berlinale Panorama title Out Of Nature.

In addition, the Austrian voters plumped for Bruno Dumont’s TV series P’tit Quinquin which was presented by Stadtkino in two parts in May and June, and UK film enthusisasts chose the Swedish film The Reunion for Soda Pictures to release  last July.

As for Scope 50, the Scope 100 initiative has also been supported by the EU’s Creative Europe MEDIA audience development strand.

Scope 100 will be presented by Duszyński’s colleague Marek Bień at the ¨New Ways of Distribution¨ conference, organized by the  Creative Europe Desk Poland in partnership with the  National Chamber of Audiovisual Producers in Warsaw on October 29.

The European Parliament’s LUX Film Days were launched this week to present the three finalists - Mediterranea, Mustang and The Lesson - competing for the 2015 LUX Film Prize which will be presented in Strasbourg on November 25.

Screenings will be organised in the 28 EU Member States in the coming weeks and at a purpose-built cinema in the European Parliament building in Strasbourg (from November 9-20) for cinema-goers and MEPs to see the three films.

An innovation for this year’s programme will see Mediterranea being screened simultaneously in eight European cities - Brussels, Seville, Bratislava, Paria, Lisbon, Cork, Bucharest and Santiago di Compostela - on November 11, with a live Q&A and tweet by the director Jonas Carpignano from a cinema in Brussels.