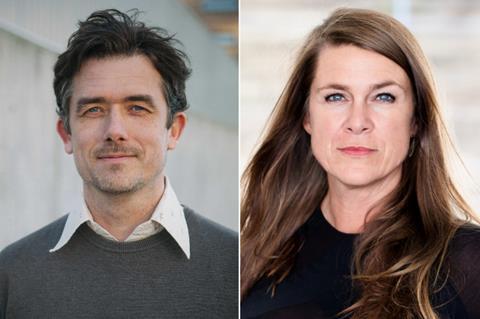 Producer Morner Tveit joins from Stavanger-based Piraya Film, where his credits included Cold Case Hammarskjold, Inside Fur, The Secret Life of Pigs and The Mole. The latter went undercover in North Korea and won best documentary at the Danish Film Academy’s Robert Awards in 2021.

Director Hessen Schei joins from UpNorth Film, which she co-founded in 2017, and is known for documentaries such as iHuman, Drone and Play Again. She is set to present footage from her new film, which has the working title Project X, at CPH:DOX’s Works in Progress next week. The film, sold by Cinephil, is a political thriller that explores prophecies around Armageddon.

Both join with immediate effect.

They will work alongside Tommy Gulliksen, who leads Oslo Pictures’ new documentary division and is a partner in the company. He previously directed War Of Art, which premiered at CPH:DOX in 2019, and is in post-production on feature documentary Sound Of Ice, about a musician’s attempt to make musical instruments from glaciers. Dogwoof handles sales.

Sound Of Ice is one of five features that Oslo Pictures has in production and development on its non-fiction slate. The company’s first feature documentary production, about Norwegian rap duo Karpe Diem, will launch later in 2022.

Oslo Pictures has previously been best known for producing drama series and fiction features such as Joachim Trier’s The Worst Person in the World, which premiered in Competition at Cannes and is nominated for two Oscars: best original screenplay and best international feature film.