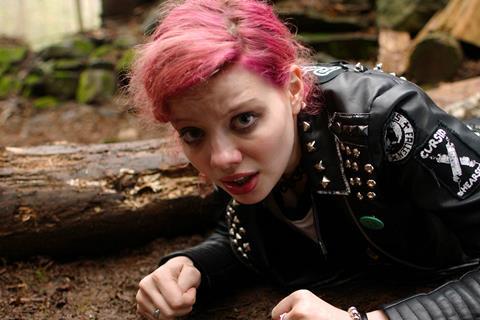 Andrew van den Houten, horror veteran Larry Fessenden, Ashleigh Snead, Heather Buckley and Jenn Wexler produced the story of teen punks on the run from the law who face off against an unhinged park ranger.

“It’s been a thrill to share the film with festival audiences around the country,” Wexler said. “We’re so excited to team up with Octane to introduce The Ranger to the world.”

Fessenden added: “It has been gratifying to see Wexler move from being a fierce advocate for other directors’ visions through her stint producing movies at Glass Eye Pix, to taking on the challenge of getting her own unique vision on screen with The Ranger. I am so proud to see her continue the mission of pushing the boundaries and expectations of genre filmmaking, and this was the perfect collaboration for Glass Eye Pix and Hood River.”

“I’m thrilled to have produced The Ranger with such an amazingly talented team of artists,” van den Houten said. “It was a thrill working with fearless, freshman director Jenn Wexler and cannot wait for adoring horror fans all over the world to witness her entertaining and groundbreaking perspective of the punk rock slasher.”

“The Ranger is a fun and wild ride of punk rock infused horror that fits perfectly within our brand,” Octane Entertainment’s Jack Campbell added. “We’re excited to be working with this team of professionals and can’t wait to introduce the film to our buyers in Cannes.”