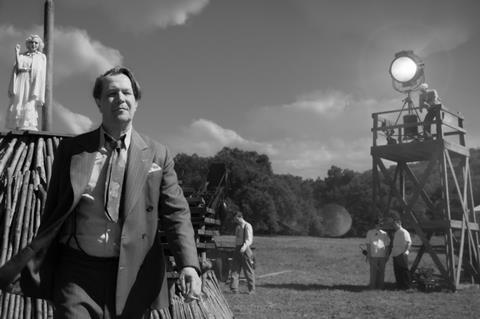 Set in 1930s Hollywood, the story of screenwriter Herman J. Mankiewicz as he races to finish the screenplay of Citizen Kane collected 10 nominations including best feature, best director and best actor for Gary Oldman.

Six other features each secured six nominations apiece including The Father, Judas And The Black Messiah, Minari, Nomadland, Sound Of Metal and The Trial Of The Chicago 7.

Trailing them with five nods were Promising Young Woman and Ma Rainey’s Black Bottom, which included a best actor nomination for the late Chadwick Boseman.

News Of The World, starring Tom Hanks, received four nominations while One Night In Miami… and Disney-Pixar animation Soul picked up three apiece.

Thomas Vinterberg’s Another Round was a further non-English language feature to receive two nominations, with the Danish drama picking up nods for best director and international feature.

Streaming giant Netflix led the pack with 35 nominations via Mank, The Trial Of The Chicago 7, Ma Rainey’s Black Bottom and Hillbilly Elegy as well as Pieces Of A Woman and Crip Camp.

Rival streamer Amazon Studios secured 12 – six for Sound Of Metal, three for One Night In Miami… and two for Borat Subsequent Moviefilm as well as a nod for Garrett Bradley’s documentary Time.

The 2021 Oscars will take place on April 25 - the latest ever date for the event.

Full details of the ceremony are still be revealed, but it has already been announced that it will be broadcast live from a number of sites including the Dolby Theatre in Hollywood, where the in-person ceremony has taken place in recent years. Steven Soderbergh, Stacey Sher and Jesse Collins will produce the telecast.

Actor in a Leading Role

Actress in a Leading Role

Actor in a supporting role

Actress in a supporting role