'Pan' fried as 'The Martian' holds US box office

Warner Bros’ Pan struggled to get off the ground at the US box office this weekend while Fox’s The Martian dropped only 32% from its debut. 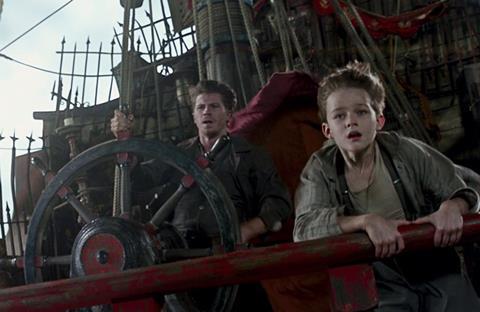 Warner Bros’ Pan struggled to get off the ground at the US box office this weekend, opening with an estimated gross of just $15.5m. Fox’s The Martian stayed top of the chart, dropping only 32% from its debut.

The Martian, meanwhile, showed considerable staying power, taking an estimated $37m in its second weekend from 3,854 screens, for a domestic total to date of $108.7m.

TriStar’s The Walk, director Robert Zemeckis’ drama about high-wire artist Philippe Petit, went wide this weekend and entered the top ten at number seven with an estimated $3.6m from 2,509 screens, for a tally to date of $15.5m.

Outside the top ten, Universal’s biographical dramaSteve Jobs - directed by Danny Boyle and written by Aaron Sorkin, with Michael Fassbender in the title role - opened in New York and Los Angeles and took an estimated $521,000 from four screens. The per screen average of $130,236 is, according to Universal, the highest recorded this year.