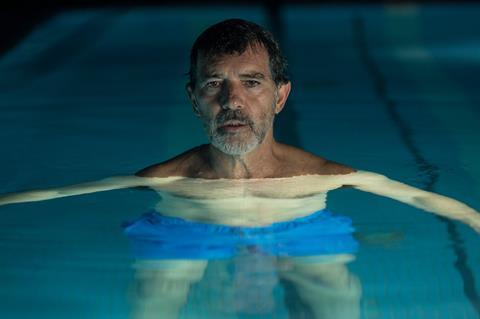 Almodovar was also awarded best director and best screenplay while Antonio Banderas - who was Oscar-nominated for his performance and won the actor prize at Cannes - picked up best actor. The film also won best editing for the work of Teresa Font, and best original score, for composer Alberto Iglesias.

The awards were originally meant to take place in Riviera Maya, Mexico, in early May but the ongoing Covid-19 pandemic meant the winners were announced via YouTube. The 50-minute stream was hosted by CNN Español journalist Juan Carlos Arciniegas, Mexican actor Omar Chaparro and Colombian actress-singer Majida Issa from their own homes.

Other winners included Carol Duarte, who won best actress for her leading role in Karim Aïnouz’s Invisible Life. The Brazilian film, also known as The Invisible Life Of Euridice Gusmao, won the Un Certain Regard award at Cannes 2019.

The best animated film prize went to Salvador Simó’s Buñuel In The Labyrinth Of The Turtles, adding to a haul for the Spanish feature that includes best animation at the European Film Awards and the jury prize at the Annecy International Animation Festival.

Best documentary went to Petra Costa’s The Edge Of Democracy. The Brazilian documentary, which explores the downfall of two of the country’s presidents, was released by Netflix after debuting at Sundance 2019 and was nominated for an Oscar.

Colombia’s Monos, directed by Alejandro Landes, won a brace of awards including best cinematography for Jasper Wolf and best sound for Lena Esquenazi.

In addition to the awards, this year was meant to mark the debut of the first Platinos Industry event from May 1-3, but the virus crisis has seen it reimagined as Platino Industry Encounters, which will take place virtually every month throughout the year, beginning with a focus on Animation in Ibero-America on July 14.

Best animated film
Buñuel In The Labyrinth Of The Turtles (Spain)

Best film, education and values in cinema
The Awakening Of the Ants

Best actress in a mini-series or TV series
Cecilia Suárez, The House Of Flowers (Mexico)