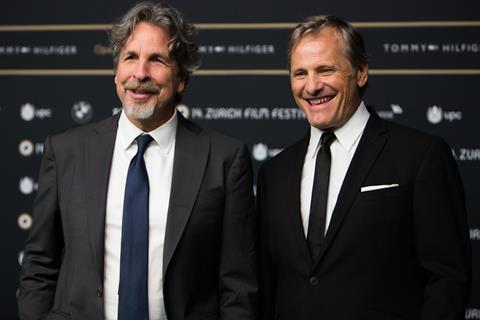 The crowdpleasing film, now a frontrunner in the Oscar race given its Toronto success, is adapted from the true story of an accomplished black pianist (Mahershala Ali) and his Italian-American driver (Mortensen) navigating a tour of the racist Deep South in the early 1960s.

At the Zurich press conference yesterday, Farrelly said he hoped the film could impact people’s attitudes today. “I think [film] can make a difference, I know it can. It changes you, it changes your perception of things, it makes it real. I remember seeing Schindler’s List and being devastated – I’d known about [the Holocaust] my whole life but seeing it up close like that, it was so well done, it changed my perception about what had happened. On another level, I still can’t go in the ocean without looking around for sharks (laughs). Film can affect you greatly, and hopefully in a positive way.”

He continued, “When we set out to make this movie, it wasn’t like, ‘here’s a message.’ We set out to tell a story about these two guys. That is an interesting story, but ultimately at the end of the day there is a message in there and you hope people get it: f you walk in someone else’s shoes and see what they go through you’ll feel empathetic towards them and feel how similar we all are.”

Mortensen said he had loved the script but at first had been reluctant to take the role, because he wasn’t sure he could pull off an Italian-American character. “I wasn’t sure I was the right guy, I thought it was a bit of a stretch.” But in the same way David Cronenberg had convinced him he could take a risk playing Freud in A Dangerous Method, he believed in Farrelly’s faith in him. “Sometimes it’s good to get over yourself and realise it’s not all about me and what I’m afraid of, this guy [Farrelly] has a vision and he doesn’t want to make a bad movie. I had to trust that.” Listening to the accents on The Sopranos also helped, he said.

As Farrelly put it, “He’s Viggo Mortensen…it didn’t even occur to me that he couldn’t pull it off. I wasn’t hoping he could do it, I knew he could do it.”

Mortensen hopes the film can reach a wide audience thanks to the entertaining and often humorous storytelling approach. “Maybe people who are a little bit racist will watch it and enjoy it and laugh and get the entertainment value, and maybe just a little tiny light bulb will come on…I think there will be people who will walk out of this movie who have prejudices that might change.”

Other high-profile guests at ZFF 2018 will include honourees Judi Dench, Donald Sutherland and Wim Wenders.