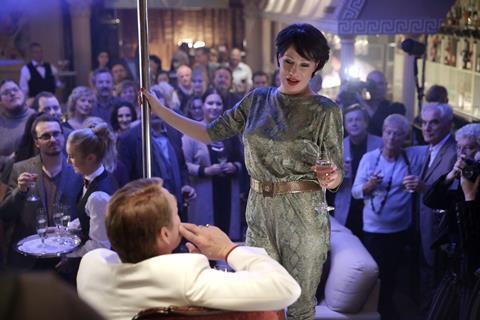 Picture Tree has set an April 28 release for War (Chrieg), which debuted at San Sebastian 2014 and screened at Berlin 2015, while Jack is set for release later in the year.

Speaking to ScreenDaily from Sundance at the weekend, PTI managing director Andreas Rothbauer discussed the push into local distribution.

“We initially want to gather some experience with a few of our sales titles provided they weren’t already licensed to a German distributor,” Rothbauer explained.

“World sales is our core business and, depending on this, we will decide which film might make sense for in-house distribution. However, as the German market is very competitive, I think that we can be realistic in the medium-term and aim for one release per quarter.”

The film, which was developed by Daly during the first Berlinale Residency in 2012, will have its European premiere in Rotterdam and then screen at Göteborg International Film Festival.

Talks are underway for Germany, Austria and Switzerland. Belgium’s Cinéart will release in Benelux.

Rothbauer revealed that Mammal will be joined by another four market premieres to be presented by PTI at next month’s EFM:

In addition, Rothbauer and his team will be at the EFM with Dieter Berner’s biopic Egon Schiele – Death And The Maiden, which is in post-production and will be released in Austria by Thim Film this October.

“We made pre-sales at the AFM for Japan (New Select), Korea (T-Cast), Canada (A-Z Films), and the Czech Republic (Cinemart) and are in final negotiations for German theatrical distribution as well as in other talks for continental Europe and the US,” Rothbauer said.

Picture Tree International was launched at the end of 2012 by Rothbauer, who previously served as head of sales and acquisitions at BetaFilm/BetaCinema from 2000-2012.