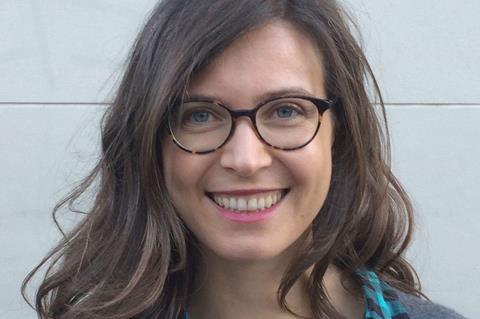 Paris-based Playtime has appointed Frédérique Rouault as its director of international sales ahead of the European Film Market next week.

The experienced sales executive arrives from Celluloid Dreams where she was head of sales from November 2016 and helped to contribute to its recent expansion.

Prior to that, Rouault was VP international Sales at TF1 Studio where she worked on hits such as Serial (Bad) Weddings.

She originally cut her teeth in sales at Paulo Branco’s Alfama Films after attending Sciences Po and then France’s prestigious La Fémis film school, where she studied distribution.

In her new role, Rouault will work alongside Playtime partners François Yon, Sébastien Beffa and Nicolas Brigaud-Robert, taking over the responsibility of the international film sales department.

“Frédérique is a seasoned professional,” said Brigaud-Robert. “She is versatile in her capabilities and has proven her talent, selling both mainstream titles and more director driven movies. At a time when Playtime is expanding the scope of its line-up, she is no doubt a real asset for us.”

The appointment comes just months after the company’s rebranding to Playtime from Films Distribution, in a move reflecting the expanding scope of its activities beyond its initial focus on international film sales.

“As an international sales company, Playtime is today clearly a reference and has a great reputation. Taking over the international film sales department of such a company is an exciting challenge,” said RouauIt.

“I believe I share the ethics and commitment to film of the partners and team here, and I am proud they entrusted me with such a responsibility.”

It will also continue sales on completed films Marc Dugain’s costume drama Royal Exchange, about an ill-fated attempt to marry off Louis XV to a young Spanish princess when they were still children, and Erick Zonca’s thriller Black Tide.