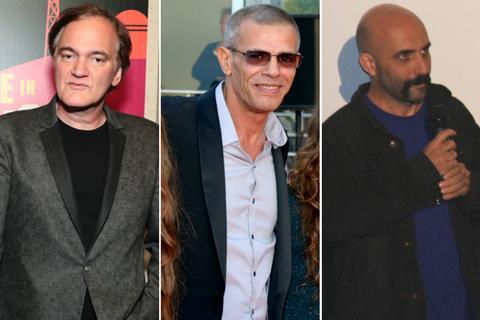 The Cannes Film Festival has announced a batch of additional titles for the 2019 Official Selection, including new films by Quentin Tarantino, Abdellatif Kechiche and Gaspar Noé.

As Screen exclusively revealed, Tarantino’s hotly anticipated Once Upon A Time In Hollywood will be ready in time and appear in Competition.

In the other strands, Gaspar Noé’s 50-minute-long Lux Æterna has been added as a Midnight Screening.

Cannes described the mysterious title as: “Two actresses, Béatrice Dalle and Charlotte Gainsbourg, are on a film set telling stories about witches – but that’s not all. Lux Æterna is also an essay on cinema, the love of film, and on-set hysterics. It’s a brilliant fast-paced medium-length film for Gaspar Noé’s return – an unexpected one until recently – to the Official Selection, for a film that the Selection Committee watched at the last minute and which will be shown in a Midnight Screening as hyped as it is mysterious.”

Another new Un Certain Regard title is Odnazhdy v Trubchevske from Russian director Larisa Sadilova. It is her first film since Sonny in 2010, and her debut at Cannes.

Chicuarotes, Gael García Bernal’s second feature as a director is among four new Special Screenings announced. It tells the story of two teenagers from Mexico City who enter the criminal underworld.

The other Special Screenings are all documentaries; La Cordillera de los sueños from Chilean filmmaker Patricio Guzmán; Leila Connors’ climate change doc Ice On Fire produced by Leonardo DiCaprio, and Dan Krauss’s 5B, about the first hospital ward in US the country to treat patients with AIDS. U2 singer Bono will be in Cannes to support the film.